Reverend Gary Davis was a powerful singer and a masterful guitar player. He was a giant in the field of acoustic blues and gospel music and many of the rock and roll legends of the 1960s learned his songs and his playing style, some from him personally. One of these was Bob Weir, who took lessons from Davis. The connection is obvious when you listen to the Grateful Dead perform Samson and Delilah and then listen to the Gary Davis version. Weir even uses the same vocal inflection at the end of the verses. If you would like to see Reverend Gary Davis in action, check out the video available from Yazoo (see the Discography below).

Gary Davis was born on April 30, 1896 to John and Evelina Davis in Laurens County, South Carolina. He was raised on a farm in the Piedmont section of upstate South Carolina, "so far in the sticks that you couldn't even hear a train whistle". He was one of 8 children, though only 2 lived to be adults. He was raised by his grandmother, who cared for him after he was given to her by his father; his mother being deemed incapable of caring for him.

There are differing stories about when and how Davis lost his sight. From interviews with Davis himself and with Stefan Grossman (a student of Davis) it seems that chemicals put in his eyes shortly after birth resulted in almost complete loss of sight by the age of three weeks. As an adult Davis has said that he was able to see shapes but not able to distinguish one person from another.

He showed an interest in music at an early age and built a guitar from a pie pan around the age of seven. He taught himself to play guitar and began playing local dances. He also sang at the Center Raven Baptist Church in Gray Court, South Carolina. In the 1920s he played in a local string band in Greenville and attended the Cedar Springs School for Blind People in Spartanburg, South Carolina, where he learned to read Braille.

Around this time he broke his left wrist after slipping on the snow. The wrist was set out of position (left of axis) which may have accounted for his being able to play some unusual chord patterns. This can be seen quite clearly on the Yazoo video.

In the mid 1920s he married and traveled around South Carolina, North Carolina and Tennesse, playing in the streets and teaching guitar to make a living. He setteled in Durham, North Carolina around 1927 and became an ordained minister of the Free Baptist Connection Church in Washington, North Carolina in 1933. He founded three churches of his own in the Durham area during this time. Around this time he also split with his first wife when he found out that "she was everybody else's wife".

In 1935 he was discovered by J. B. Long, a North Carolina store keeper, and made his first trip to New York City to record for the American Recording Company. He recorded 15 sides (1 unissued) for ARC between July 23 and July 26, 1935. These sessions also included Bull City Red and Blind Boy Fuller, who were the stars of the session and received more money than Davis. Davis did not record again until 1945.

Davis married Annie Bell Wright in 1937 and in 1940 moved to Mamaroneck, New York when Annie found work there. Later that same year they moved to 169th Street in Harlem, where they lived for the next 18 years. Davis became a minister of the Missionary Baptist Connection Church in Harlem.

Davis began recording again in 1945 and continued to record and perform for the rest of his life. He also continued to teach guitar. By this time he had stopped playing the blues, focusing instead on gospel and old time songs. The only exceptions were "gospel blues" such as Death Don't Have No Mercy, which he first recorded in 1960. He also recorded Samson and Delilah for the first time in 1956, a song based on If I Had My Way by Blind Willie Johnson.

With the advent of folk music explosion in the late 1950s and early 1960s, Davis found many of the new folk and blues guitarists beating a path to his door and learning his songs. David Van Ronk, Taj Mahal, Jorma Kaukonen, The Grateful Dead and Stefan Grossman all recorded versions of his songs. Davis played at numerous folk festivals including the Newport Folk Festival (1959,1965,1968) and the Cambridge Folk Festival. He also toured Europe.

In 1968 Davis bought a house in Jamacia, Queens. He continued to perform locally in the New Yorka and New Jersey area. On May 5, 1972, he suffered a heart attack while on the way to a performance in Newtonville, New Jersey. He died at William Kessler Memorial Hospital and is buried in Rockville Cemetary in Lynbrook, New York.

Gary Davis recorded Samson And Delilah several times over the years, using that title as well as If I Had My Way. The Davis version is based on an older version recorded by Blind Willie Johnson in 1927 (December 3, Dallas, Texas) as If I Had My Way I'd Tear The Building Down. Davis is generally credited with writing Death Don't Have No Mercy, but there are earlier versions such as this from a 1926 collection.

From The Second Book Of Negro Spirituals(1926)

Death Come To My House He Didn't Stay Long

Hallelu-Hallelu, Death come to my house, he didn't stay long,
I look on de bed, an' my father was gone
I'm gwine-ter see my father again, Hallelu

Hallelu-Hallelu, Death come to my house, he didn't stay long,
I look on de bed, an' my sister was gone
I'm gwine-ter see my sister again, Hallelu

Hallelu-Hallelu, Death come to my house, he didn't stay long,
I look on de bed, an' my brother was gone
I'm gwine-ter see my brother again, Hallelu

Many of his records were published posthumously.

A Dream We Dreamed 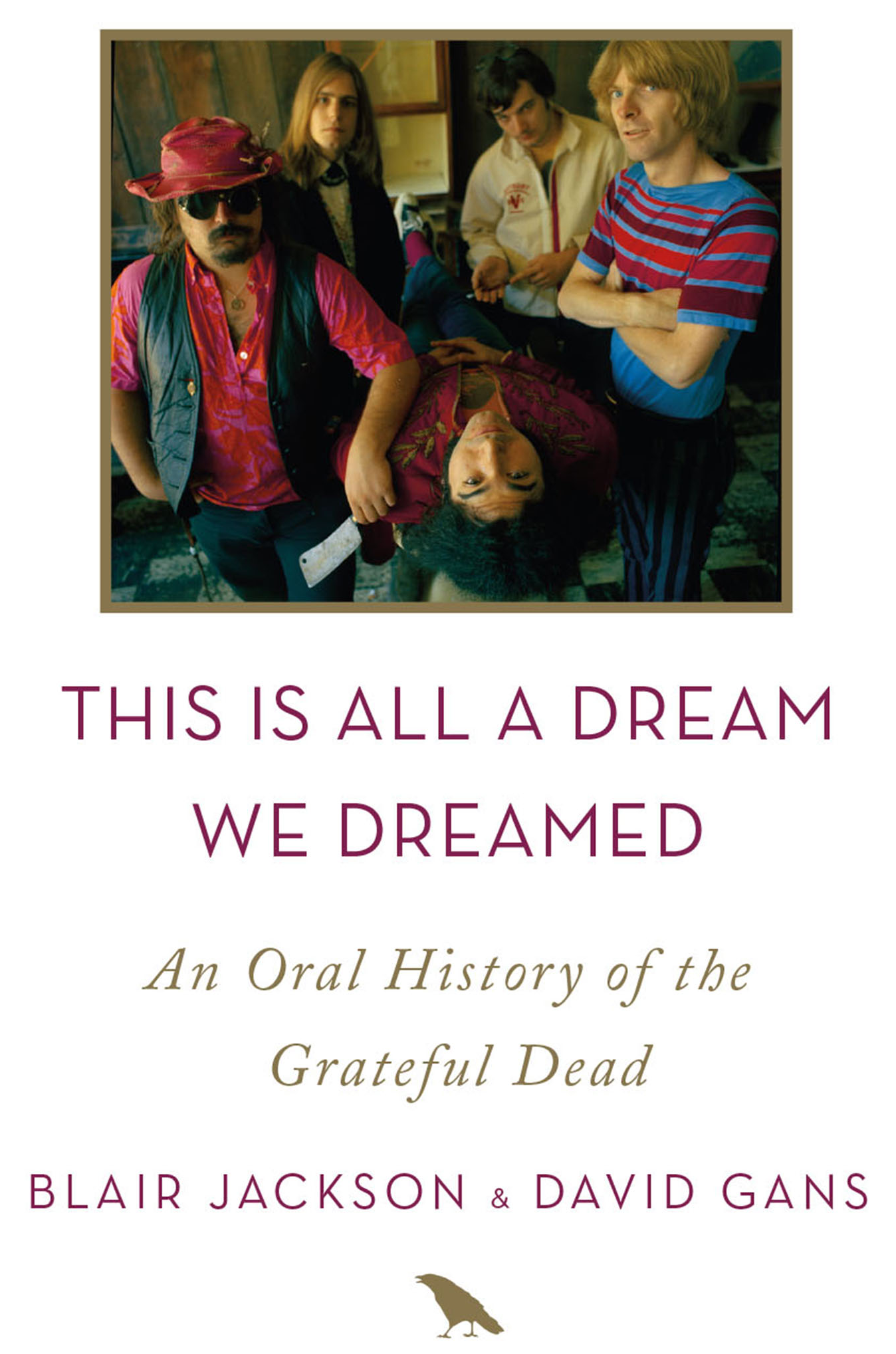 This isn't an ad, I'd just like to share that the book is available from the authors themselves, inscribed by them to your specifications. Simply purchasing the book directly from Blair and Dave, complete with personal interaction with them, was really enjoyable. Also, I thoroughly enjoyed the book, so I thought this would be a great place to share it.

Deadroots.net is NOT receiving any proceeds from sales of the book.

Check out Blair Jackon and David Gans' book This Is All A Dream We Dreamed; An Oral History of the Grateful Dead.